Anchorage Police are requesting the public`s help in identifying the burglary suspect in this photograph.  On April 21, 2015 this unidentified man broke into a home on the 5000 block of E 5th.  He subsequently stole several cameras that had been mounted on the outside of the structure.

If you have any information regarding this crime, please call Crime Stoppers at 561-STOP or online using this website. 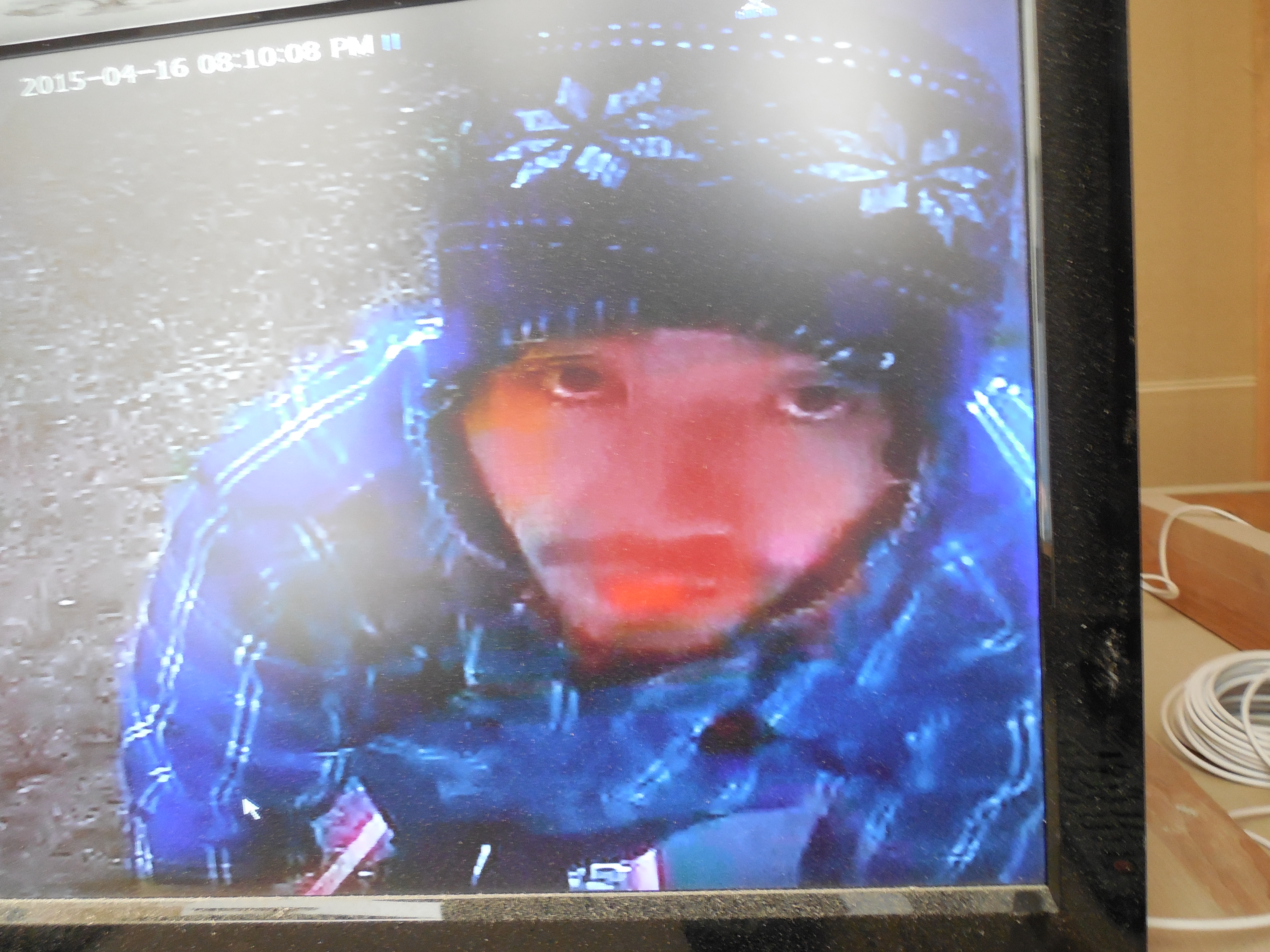 On Thursday, January 19 2015, at approximately 4:13 PM, the Anchorage Fire Department responded to a reported structure fire at   First arriving crews reported smoke coming from the abandoned structure.  Crews were able to quickly extinguish the fire.

The Investigation revealed that the fire was intentionally set.  This is the second intentionally set fire at this location in the past several months.  AFD has seen an increase in suspicious fires in the area and is asking for assistance in solving these fires.

The Anchorage Fire Investigator is seeking the public`s help in identifying those responsible.  Crime Stoppers pays a cash reward of up to $1000 for information which results in an arrest for any felony crimes reported to Crime Stoppers.  All calls to Crime Stoppers are confidential.  Provide an anonymous tip by calling 561-STOP (7867) or submit your tip via this website.

On Saturday, January 24, 2015 at approximately 11:54pm the Anchorage Fire Department responded to the report of a small outside fire in the area of E. 19th and Norene. Upon arrival crews contacted the compliant and learned there was an electrical issue to the rear of 3605 E. 19th. The crews investigated the incident and determined that someone had intentionally started a fire in the rear yard of the residence which caused minor damage to the building and destroyed the electrical service to the home. The incident was safety controlled and the power company responded to secure the electrical service.

The Anchorage Fire Investigator is seeking the public`s help in identifying those responsible.  Crime Stoppers pays a cash reward of up to $1000 for information which results in an arrest for any felony crimes reported to Crime Stoppers.  All calls to Crime Stoppers are confidential.  Provide an anonymous tip by calling 561-STOP (7867) or submit your tip via this website.

On January 8, 2015, Anchorage police were contacted by Anchorage Animal Control in reference to a report that a dog at a home on Grumman Street may have been poisoned. The owner stated her 5-year-old female English Shepherd, "Little Su," had become sick on January 7, 2015, and was taken to the vet. A sample of fluid from the dog confirmed that she had consumed anti-freeze. The owner of the dog later found a container near their property containing a mixture of chicken and anti-freeze. Little Su died on Januaray 8 from the poisioning.

Little Su was an Alaska Search and Rescue Dog (ASARD) for the past three years; she had been trained as a search and rescue dog since she was a puppy.

Rewards totalling up to $11,000 are being offered for information leading to the arrest and conviction of the person(s) responsible for this crime (Alaska Search and Rescue $5,000; Humane Society of the United States $5,000; Crime Stoppers $1,000).

Anyone with information on this case is asked to call Anchorage Crime Stoppers at 561-STOP or submit a tip using this website. 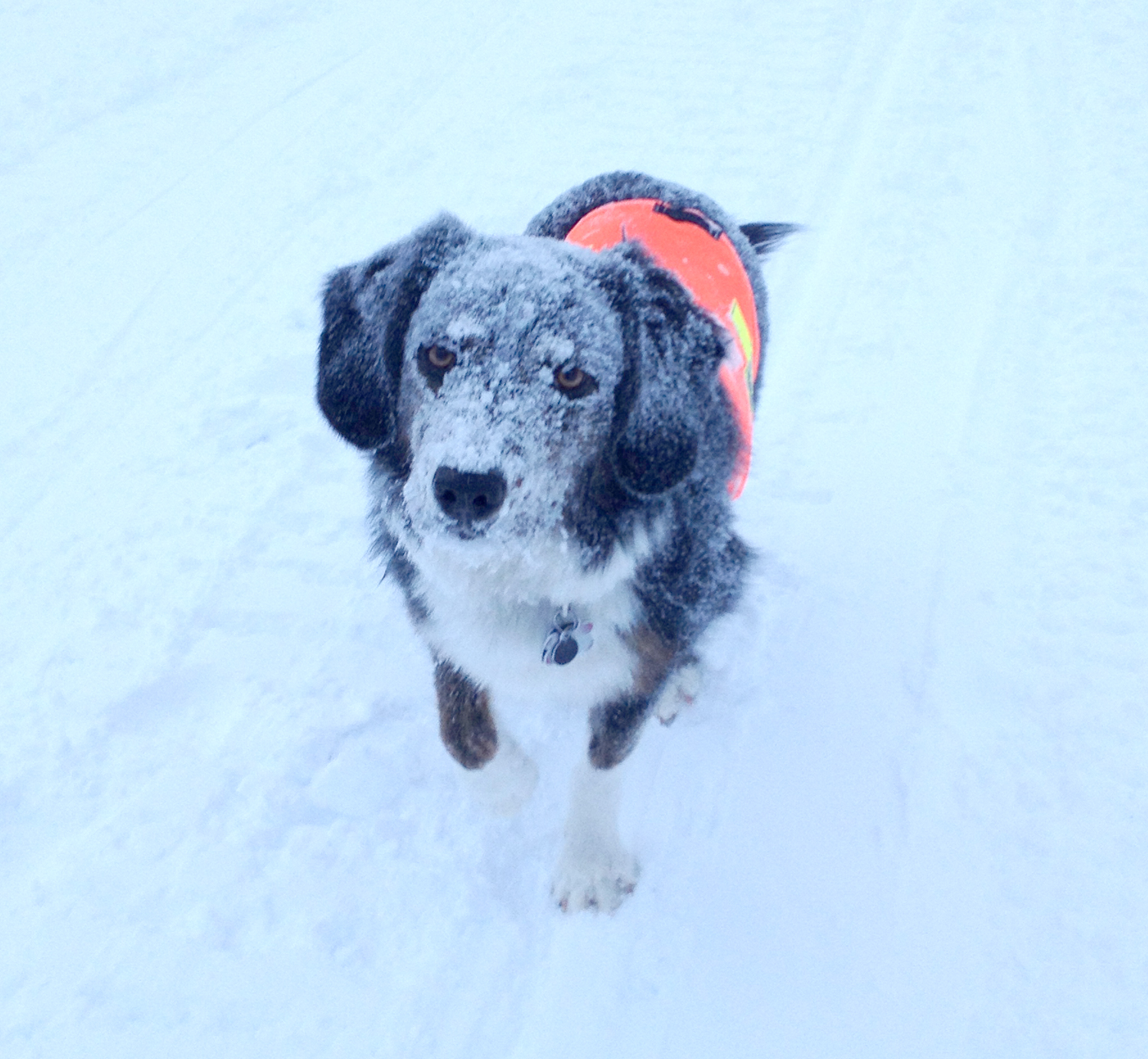 Anchorage Police and Animal Control officials are asking for help from the public in solving a felony animal cruelty case.

On Friday, October 10, 2014, a man was walking in the woods in the area of East 20th and in when he found a dead pit bull.  The dog was found hanging from a tree with his throat slashed.  Animal control officials discovered the dog had been microchipped.  When officers contacted the owner, the owner stated he thought his dog “Snoop” had run away about a week prior.  The owner described “Snoop” as a friendly family pet who was like a brother to his daughter.  “Snoop” lived with his family in the Penland Mobile Home Park, about a mile from where he was found.

If you have any information as to the person responsible for this act of extreme animal cruelty, call Crime Stoppers at 561-STOP or submit your tip anonymously using this website. 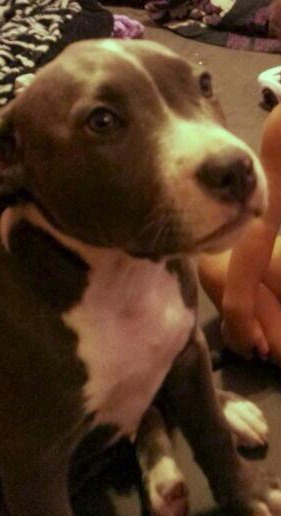 Anchorage Police are asking from help from the public in identifying the persons responsible for the shooting of several people outside a downtown bar and grill.

On Sunday, September 14, 2014 at about 4:25 AM, APD received a call that several shots had been fired into a group of people standing outside the Kodiak Bar and Grill, located at .  In total, six people were struck by gunfire; one critically wounded.  The suspects are described as two black males in their mid 20’s, approximately 6’ tall.

If you have information as to the identity of the suspects involved in this shooting, call Crime Stoppers at 561-7867 or submit a tip using this website.

Anchorage Police responded to a home invasion robbery at about 1:30 yesterday afternoon.  According to witnesses, three Black male adults forced their way into a home located at the 1600 block of , beat the 63 year old female homeowner about the head and face, and then stole her new TV.  The assailants left the home in a gold colored SUV.  The victim suffered from multiple lacerations, facial swelling, open fractures to the skull, and possible internal injuries.  She was transported to a local hospital for treatment.

The suspects are described three Black male adults in a gold SUV.

If anyone has information as to the identity of these robbers, call Crime Stoppers at 561-STOP or submit your tip anonymously using this website.

Anchorage Police are asking for help from the public in identifying the driver of a vehicle involved in a fatal hit and run on October 16, 2013.

The victim, Corbin Grassman, was walking in the area of the Old Seward Highway and 69th Avenue just before 3 a.m. when he was struck by a vehicle and found dead in the roadway by a passing motorist.  The vehicle that struck Grassman is believed to be a full size pick-up truck, white or light colored, probably a standard cab with an open bed.  The crash would  have caused minor front end damage.  After striking Grassman, the pickup fled north on Old Seward Highway.

If you have information as to the persons responsible for this fatality, call Crime Stoppers at 561-STOP or submit your tip anonymously using this website. 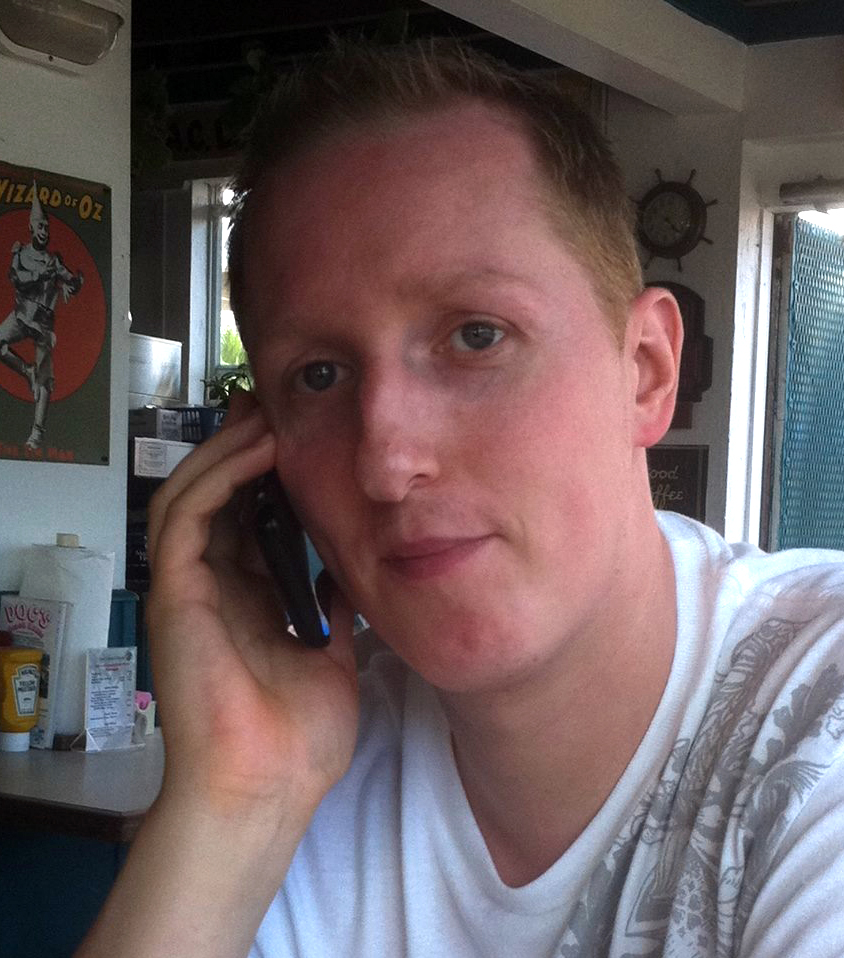 Anchorage Police responded to a shooing with multiple victims outside a downtown nightclub early this morning.

On Saturday, April 26, 2014, at about 2:34 AM, APD received a call of a shooting outside of the Soraya Club, located at 420 W. 3rd Avenue. Witnesses told police of a disturbance that began inside the Soraya Club and came to an end outside of the club in the Sunshine Mall parking lot after about 60 patrons got into a physical altercation. Multiple shots were fired striking three vicitms.

A 22-year old female suffered gunshot wounds to her lower torso area and was transported by medics to a local hospital where she is listed in critical condition. Two males, both 21 years of age, were taken to a local hospital by an acquaintance; one was suffering from a gunshot wound to the abdomen, the other had a gunshot wound to the leg. Both of the young men are expected to live. The victim’s names are being withheld at this time for investigative purposes.

APD’s Crime Scene Team was called to the area to process the scene and collect evidence. Several witnesses are in the process of being interviewed at APD headquarters. No one has been charged at this time.

If you have information as to the identity of the shooters in this incident, call Crime Stoppers 561-STOP or submit a tip using this website.

Anchorage Police are looking for the driver of a vehicle involved in a hit and run crash which seriously injured a pedestrian late last night.

On April 25, 2014, at about 11 PM, APD responded to a call of a vehicle/pedestrian hit and run that occurred on the New Seward Highway between Northern Lights and Benson Boulevard.  According to witnesses, the victim was attempting to cross the New Seward Highway westbound when she was struck by a sedan, which then sped southbound after the collision.

The suspect vehicle is described as a  silver, 4-door sedan with black mirrors; the passenger side mirror was left behind following the crash and there may be some front end damage to the right (passenger side) front fender area.

The female victim was transported to a local hospital with life altering injuries and is in serious condition.

If you have information as to the whereabouts of the vehicle or the driver involved in this hit and run, call Crime Stoppers at 561-STOP or submit your tip anonymously using this website.
Anchorage Crime Stoppers
Navigate360 © 2022 All Rights Reserved