On July 7, 2018 at about 10:00 AM, unknown person(s) entered an open garage at a home located at the 1200 block of Northpointe Bluff Drive and stole a "Sondors" electric bicycle.  The bicycle is bright yellow with orange rims and is valued at approximately $1,200.
A nearby surveillance camera captured a video of a maroon hatchback vehicle that drove past the home a few minutes before the bike was stolen.  Police believe it may be involved.
If you have information as to the person(s) responsible for this burglary, or know the location of the bicycle, submit your tip here.
APD Case: 18-27289 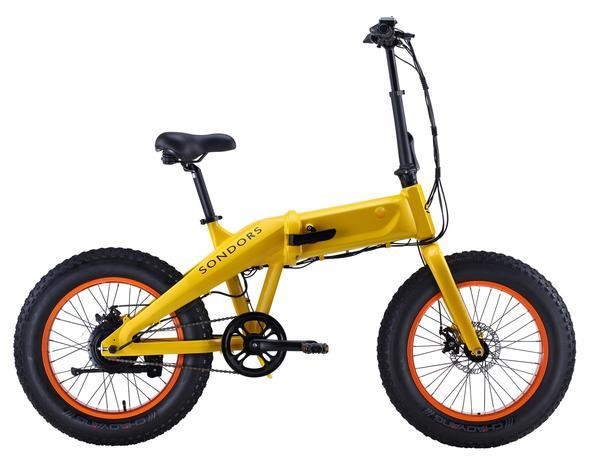 Suspects Sought in Shooting of Toddler
May 23, 2018

Anchorage Police are investigating a drive-by shooting that resulted in a 2-year-old girl being struck by a stray bullet.

The incident occurred on Monday, May 21, 2018 at about 3:54 PM at a residence located at the 700 block of E. 11th Avenue.   Detectives determined that two vehicles were driving recklessly through the neighborhood while several gun shots were being fired.  One of those shots pierced the wall of the victim’s home, striking the toddler in the shoulder.  The vehicles then fled the area at a high rate of speed.  One of the vehicles, a red Dodge Ram pickup, was located later that evening in South Anchorage.  Its driver was questioned and released.

Officers are still looking for the second vehicle and its occupants.  That vehicle is described as a newer model Toyota sedan, silver in color.

If you have information as to the persons involved in this shooting, or know where the silver Toyota sedan is located, call Crime Stoppers at 561-STOP (7867) or submit your tip anonymously using this site. 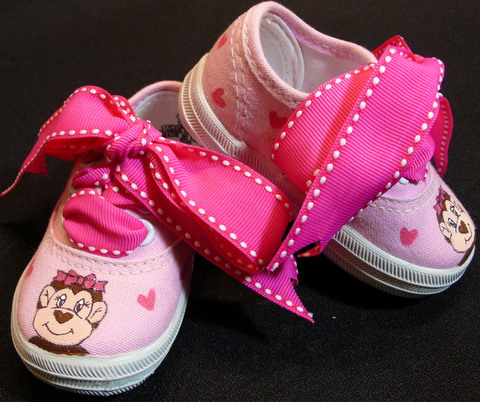 Anchorage Police are investigating a burglary, theft, and vandalism that occurred in the Eklutna area at the end of April.

Some time between April 28-30, 2018, unknown persons entered a large, gated, undeveloped lot and stole a 14’ trailer w/tilt, a Miller welding machine and a Lincoln welding machine.   Stolen items all bear a “UOSS” marking.  Thieves also cut the locks off of storage buildings and stole tools and materials from inside.  They also vandalized a Chevy Silverado work truck and a large storage tent and used a front end loader to move several buildings in the lot, damaging all of them in the process.  Total loss is estimated at $70,000.

If you know the identity of the persons responsible for these crimes, call Crime Stoppers at 561-STOP or submit your tip anonymously using this site. 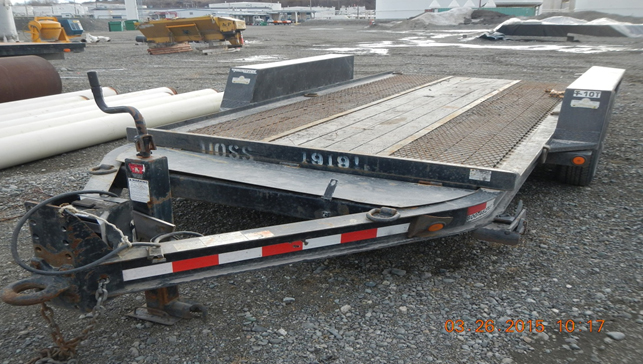 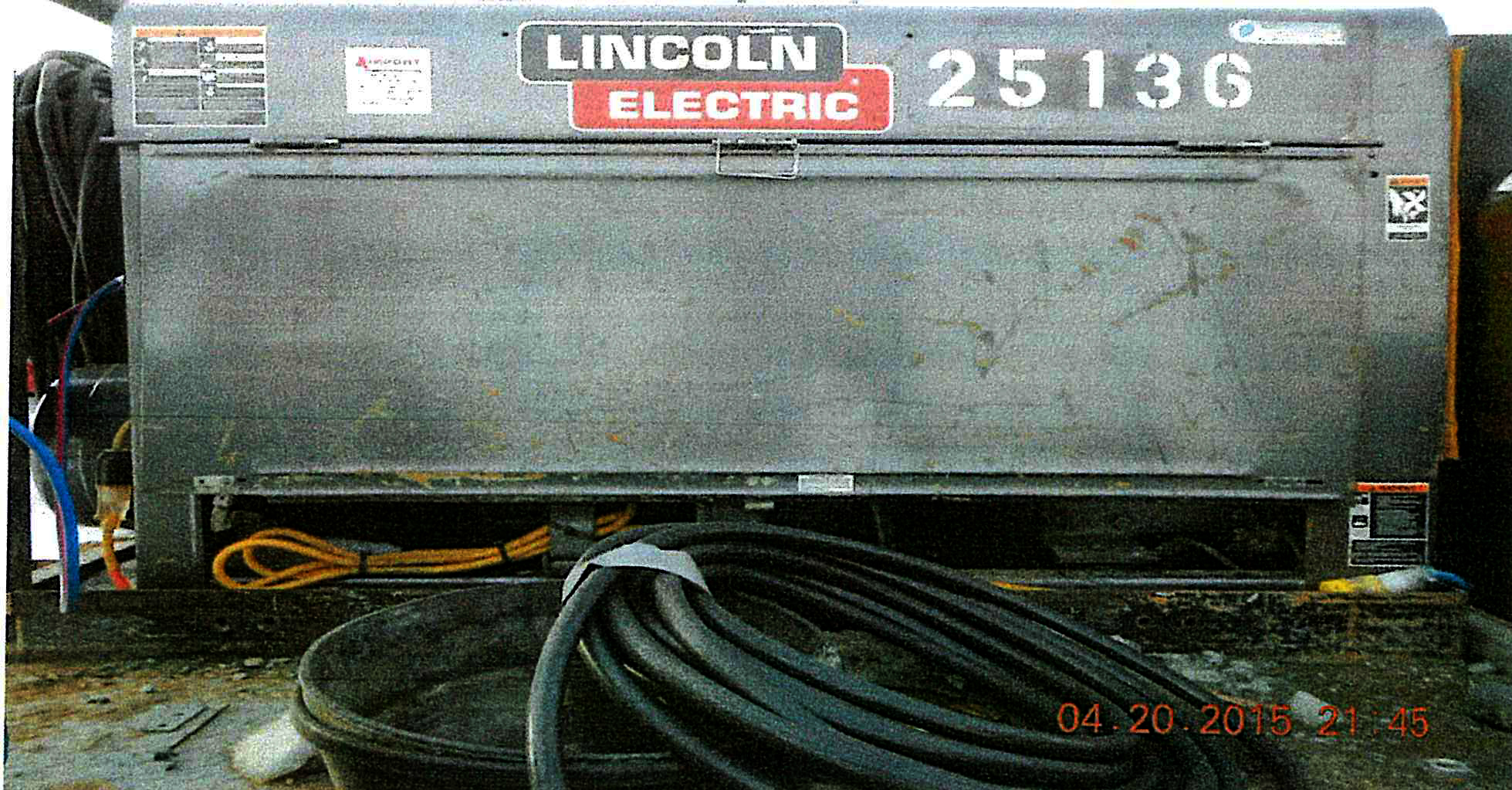 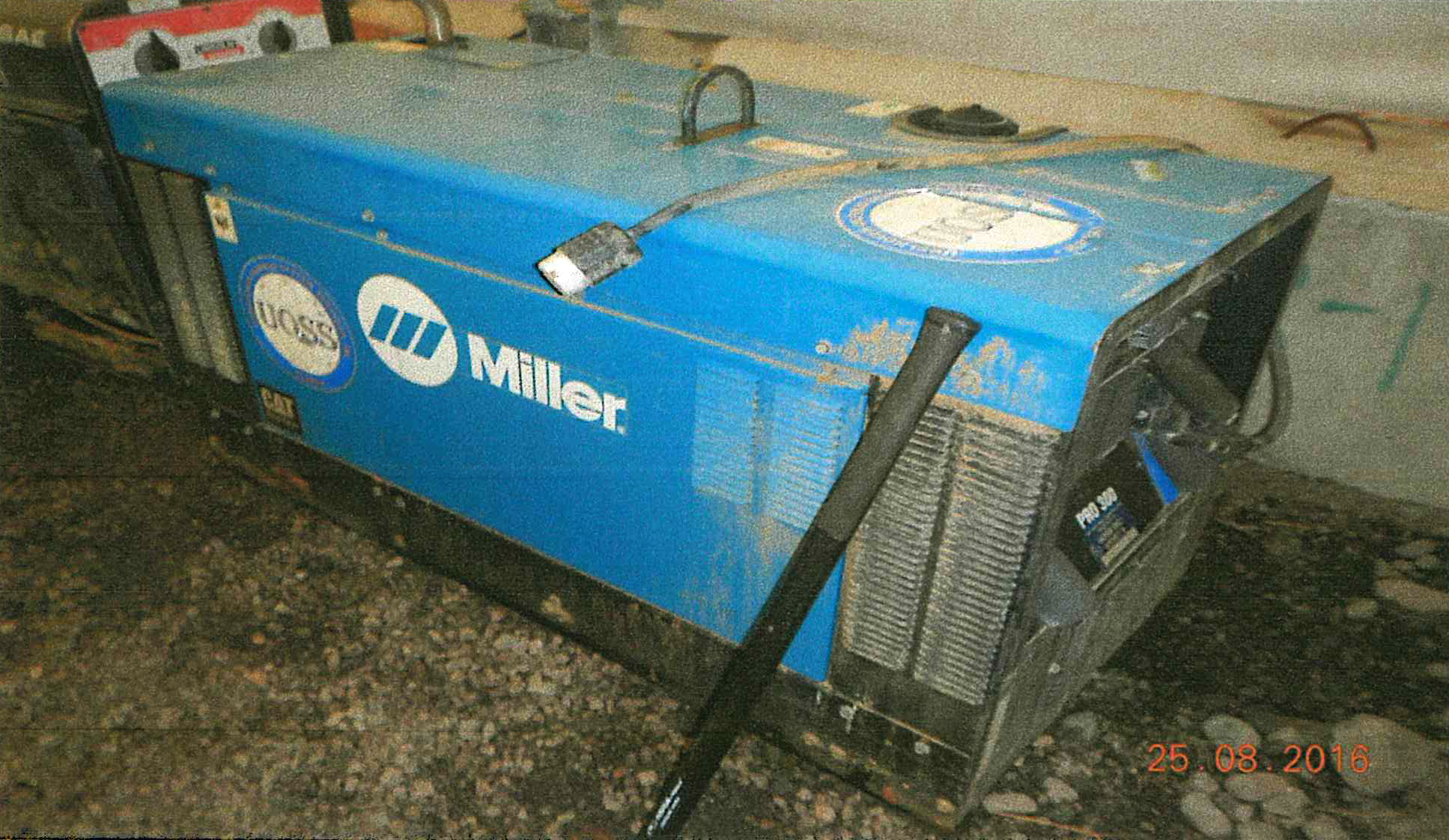 Anchorage Police are investigating a theft that occurred at a residential home located in the College Village subdivision.  Between the months of September 2017 and March 2018, unknown persons entered the home and stole several Alaska Native art pieces to include numerous woven baskets, woven wallets, ivory, baleen, Eskimo masks, antique hunting bows, spears, fossils and mastodon teeth along with a large mastodon tusk.

If you have information on the person or persons responsible for this theft, or know where the stolen items are located, call Crime Stoppers at 561-STOP or submit your tip anonymously using this site. 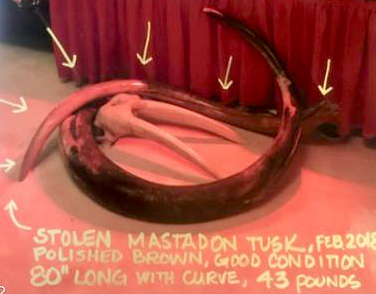 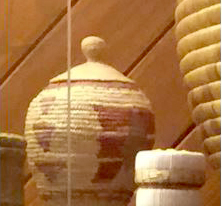 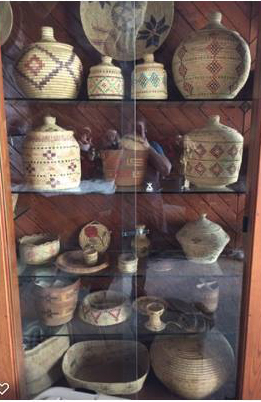 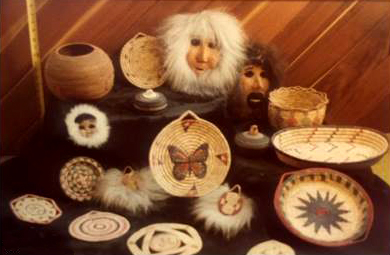 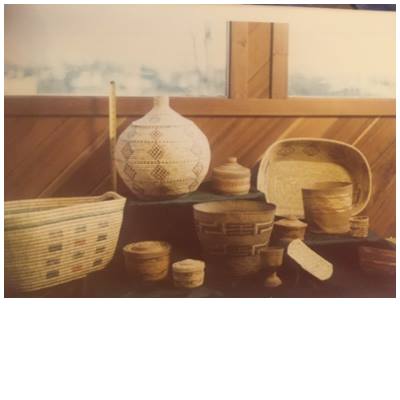 On September 16, 2017, Anchorage Police responded to a burglary of a car dealership located at the 4400 block of the Old Seward Highway.   Upon arrival, officers were shown surveillance footage of two men entering the Lithia Kia dealership at about 3:30 AM that morning.  The men stole keys to several vehicles along with tools, a laptop, a cash drawer and a jacket.  Outside, the burglars used a customer’s vehicle to ram a fence; once the fence was down, the men stole two customers’ vehicles that were on the lot to be serviced.  The stolen vehicles include a 2014 blue Kia Forte, AK license plate JFA422 and a 2009 silver Dodge pickup, Alaska license plate FPU103.

The suspects are described as either Native, Samoan, or Black males, average height and weight, both wearing hooded sweatshirts.

If you have information as to the identities of these men, or know where the stolen property can be located, call Anchorage Crime Stoppers at 561-STOP or submit your tip anonymously at www.anchoragecrimestoppers.com 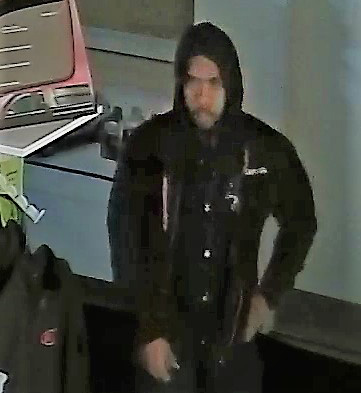 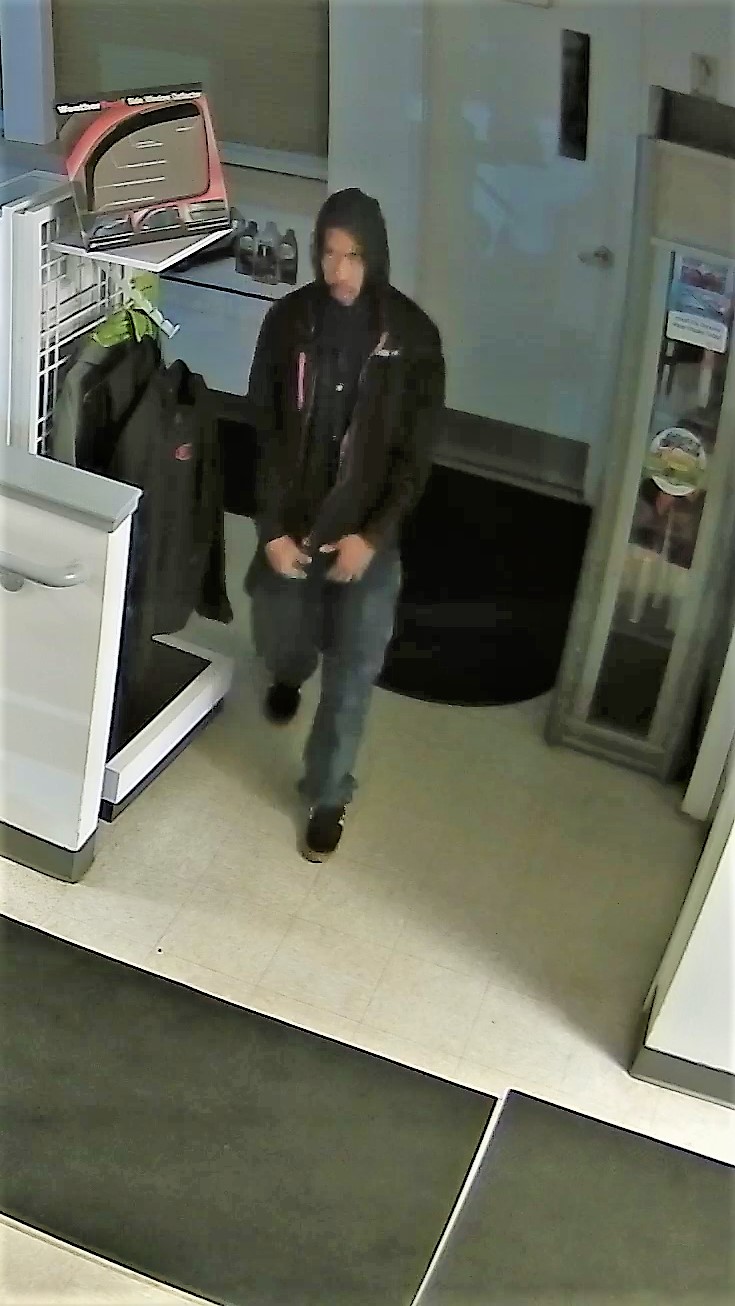 Anchorage Police are investigating a Hit and Run fatality wherein pedestrian Joshua Goodlataw was struck and killed by a vehicle on the Glenn Highway on Saturday, August 6, 2016, shortly after 3:30 AM.  The following suspect information has been developed both through evidence left at the scene and eye-witness accounts:

Damage:  As a result of the collision officers believe the suspect vehicle has damage on the headlight, hood, and plastic trim near the hood and windshield on the passenger side of the vehicle.

The vehicle pictured here is similar to the make and model of the vehicle police are looking for.

In addition to the reward Crime Stoppers is offering, family, friends and co-workers are offering an additional $18,500 reward for the arrest of the person responsible for this fatal hit and run.

If you have any information regarding the whereabouts of the suspect vehicle, or the identities of any of the people who were inside the truck at the time of the crash, call Crime Stoppers at 561-STOP (7867) or submit your tip using this website.  (APD Case 16-32983). 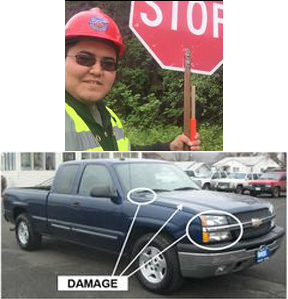 Anchorage Police continue to investigate the vandalism of several planes that occurred at Merrill Field in early June.

The Alaskan Aviation Safety Foundation has partnered with Crime Stoppers; together, they are offering a $7631 reward for information leading to the arrest of the person(s) responsible for these vandalisms.

If you know anything about these crimes, call Crime Stoppers at 561-STOP or submit a tip using this website.  Tips must be received by Crime Stoppers to be eligible for these rewards; all tipsters will remain anonymous. 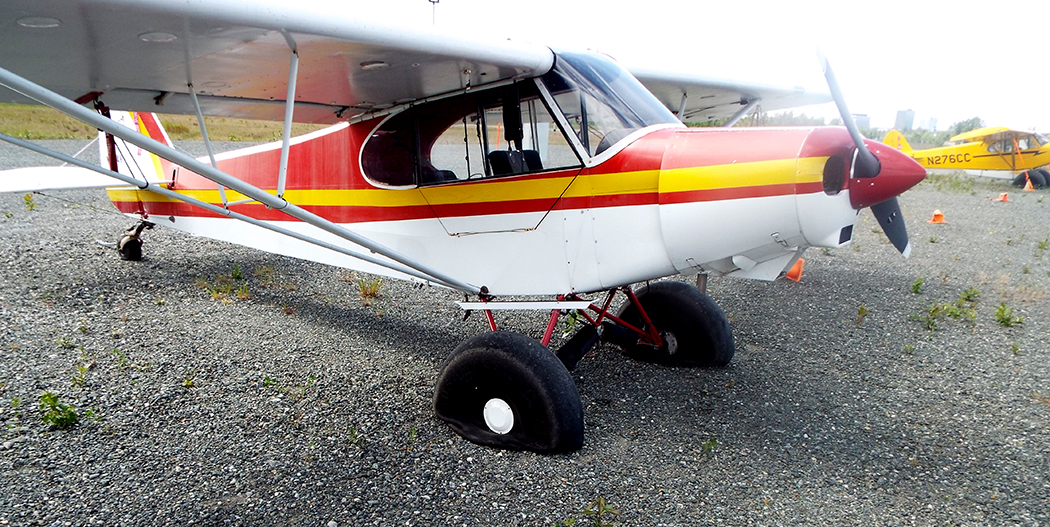 Anchorage Police are looking for the person(s) responsible for a theft of money from a Loomis armored car in late October.

According to Loomis personnel, a large sum of cash, in two separate bank bags, was discovered missing on Saturday, October 24.  Detectives believe the money was stolen from the armored car while it was stopped at the in the afternoon.

If you have information as to the person responsible for this theft, call Crime Stoppers at 561-STOP or submit a tip anonymously using this website.

police are asking residents and businesses in the , Dimond and W 88th area for their assistance in the investigation of a shooting at a residence located on .

On Tuesday, November 17, 2015, around 6:30 p.m. a 37-year-old female was helping her six-year-old child do homework when she was struck by a bullet to her face while inside her residence located on the 8800 block of . It appeared that multiple shots were fired at the residence from a shooter outside. Following the shooting, police believe the suspect(s) fled the area in a vehicle heading west on and northbound on .

The female victim was transported to a local hospital by medics in critical condition. As of today, she remains hospitalized in critical but stable condition.

Police are aware that around the time of the shooting, there was an event taking place at Dimond High where many citizens were in attendance and they may have heard or saw something related to this event just a few hundred feet away. There are also many homes and businesses in this area that may have video surveillance or additional information that could be beneficial to this investigation.

If you have information about the identity of the suspect(s), call Crime Stoppers at 561-STOP or submit your tip anonymously using this website.

Anchorage Police are asking the public for help in locating the driver who struck a bicyclist late last week, then left the scene.

On Friday, July 26, 2015, at about 11:45 AM, a dark SUV pulled onto from and stuck a bicyclist, knocking him off his bicycle and fracturing his leg.  The motorist stopped briefly, and then ran over the bicycle as he fled the scene at a high rate of speed.  Witnesses told police that the suspect vehicle was a dark blue or black large SUV, similar to a Suburban, Tahoe, or .  The vehicle also had tinted windows and large black aftermarket wheels.  The driver was described as an older white male, possibly with gray hair.

If you have information as to the identity of the driver, call Crime Stoppers at 561-STOP or submit a tip using this website.